Though job growth didn’t improve as much as economists would’ve liked in November, it’s still hard to make the case for another direct payment.

It’s been many months since stimulus checks have hit Americans’ bank accounts, as the last round to go out was approved back in March. And that’s something a lot of people aren’t happy about.

With inflation driving the cost of everyday goods and services up, many Americans are desperate for a windfall. This especially holds true for those earning minimal wages at their jobs, or whose finances have yet to recover from the early impact of the pandemic.

But while inflation may be causing a financial crunch for a lot of people, that alone is unlikely to be a driver of stimulus aid. A bigger measure is the extent to which jobs are or aren’t available. And in that regard, those wanting another stimulus check don’t have much of a leg to stand on at this point.

Joblessness has reached a pandemic low

In November, the national unemployment rate fell to 4.2%, down from 4.6% a month earlier. That’s the lowest level of unemployment on record since March of 2020, when the pandemic first hit U.S. soil.

Now despite plunging jobless rates, there was some disappointing news for the economy in November. Nonfarm jobs only increased by 210,000. That’s well below the 573,000 new jobs economists were expecting, and it’s way shy of the 546,000 new jobs that were added to the economy the previous month.

But still, even with job growth coming in at disappointing levels in November, it’s difficult to make the case for additional stimulus aid. Not only are jobs available in today’s economy, but many industries are actually grappling with labor shortages. And to address them, they’re throwing higher wages and other benefits at potential candidates in an effort to get them to sign on board.

Making up for a lack of aid

While the unemployment picture has improved since the start of the pandemic, many individual households may still be struggling to find their financial footing. Those who are still having a difficult time making ends meet may want to consider boosting their income with a second job, what with work being more available and employers being desperate enough to agree to more flexibility. Unfortunately, the age-old advice of “cut back on spending” doesn’t really work in today’s environment, what with the cost of basics having risen so drastically over the past few months.

Meanwhile, the supply chain issues that have led to rampant inflation aren’t about to resolve themselves anytime soon. In fact, things could get worse before they get better, especially with the emergence of the recently reported omicron variant of COVID-19.

President Biden has made it clear that he doesn’t want to resort to the lockdown measures that were implemented early on in the pandemic. But if things do worsen in that regard, and in terms of our economic recovery, then a follow-up stimulus check may be back on the table at some point. Right now, though, that’s not a windfall Americans should be banking on.

Wed Dec 8 , 2021
Corporations are rushing to issue more debt amid the Federal Reserve’s messaging that it may move quicker to tighten the spigot on its easy money policies. Despite the emergence of the Omicron variant, Fed Chairman Jerome Powell and a chorus of other Fed officials recently signaled they were likely to […] 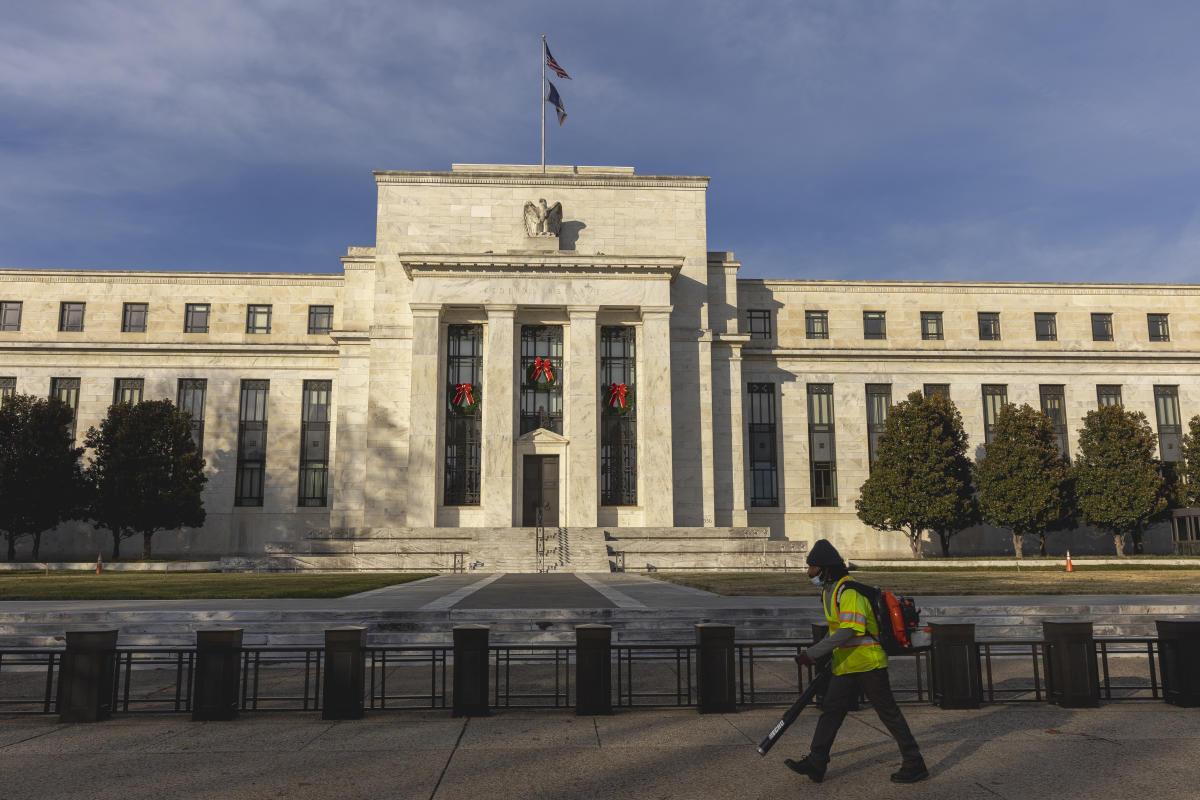