Calgary’s financial services sector is expanding, with global firm EY poised to set up its first Canadian-based finance centre of excellence in the city.

Officials with EY Canada will announce Tuesday the establishment of the new hub, bringing 200 jobs to the city over three years, including 50 new hires immediately.

The centre will support internal company operations from across the Americas, with new personnel coming from local hires, as well as roles moving from other locations, said Alison Jackson, EY’s Calgary office managing partner.

The city’s affordable cost of living, well-educated workforce and quality of life were cited as key factors behind the company’s decision.

“We’ve been really impressed with the talent that we’ve been able to find, both in Calgary and people who are interested to move to Calgary,” Jackson said in an interview.

The consulting and accounting giant, which operates in more than 150 countries, has already started hiring staff for the centre.

It will employ financial professionals who perform a number of functions for the company, from data analytics and back-office support to controllership.

“There are a lot of people coming in … and they will be leveraging the kinds of technologies that we’re helping our clients get familiar with, whether that is robotic process automation or whether that’s data analytics. They will be applying all those tools.”

The company already has about 600 people working in the community, operating out of the Calgary City Centre building. EY Canada has not contracted out for additional office space, given the uncertainty with the pandemic, she said.

The announcement follows a string of finance and innovation-related announcements in Calgary in recent years.

Last June, the Royal Bank of Canada (RBC) unveiled plans to open a Calgary Innovation Hub in the city’s downtown and expects to create 300 tech jobs by the end of 2023.

Located in Bankers Hall, the centre opened in September. RBC said Monday it’s made a number of hires for the centre in areas involving artificial intelligence, cyber security, data and site reliability engineering.

“RBC chose Calgary for its newest innovation hub as it already had an established financial services sector, access to an existing talent pool … as well as a developed infrastructure,” Bernice Dunsby, a senior vice-president with RBC, said in a statement.

A study by Alberta Enterprise last year indicated there were 85 financial technology companies operating in the province, up from 28 in 2018.

According to Calgary Economic Development (CED), more than 40 fintech firms are based in the city, such as online payments-processing company Helcim or Neo Financial, which doubled its staff last year to more than 400 and recently leased more than 100,000 square feet of downtown office space.

The broader financial services industry in Calgary has grown by more than 30 per cent in the past decade and is projected to expand by seven per cent by 2024, CED said.

Decisions by large companies like RBC and EY highlight the city’s expertise in financial services, which has grown out of working with the oilpatch, said Patrick Mattern, CED’s vice-president of business development.

“This validates that we’re a great place for finance and financial administration. Every one of these investments is an incremental benefit to us,” Mattern said.

“The prospects for fintech and financial services in this community are terrific.”

Meanwhile, other technology companies have expanded or moved into the city in the past year, including Amazon Web Services, information technology firm Infosys, and IT outsourcing services provider Mphasis.

A study last year by CBRE identified Calgary as one of the top 50 “Tech Talent” cities in North America, climbing six spots to 28 th place, although trailing Toronto, Ottawa and Vancouver.

Invest Alberta CEO Rick Christiaanse said the financial services industry has been identified as one of eight core sectors for the province as it looks to attract more businesses and jobs to Alberta.

“This is significant because we are building an ecosystem for tech and innovation … It’s just another piece in the puzzle,” Christiaanse said of the new EY financial centre.

“At the end of the day, it’s all about momentum.”

This advertisement has not loaded yet, but your article continues below.

Sign up to receive daily headline news from the Calgary Herald, a division of Postmedia Network Inc.

Thanks for signing up!

A welcome email is on its way. If you don’t see it, please check your junk folder.

The next issue of Calgary Herald Headline News will soon be in your inbox.

We encountered an issue signing you up. Please try again 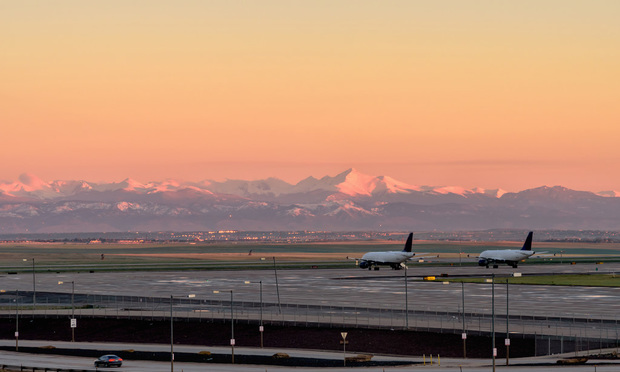