SAN DIEGO – Excess and surplus insurance buyers will see continued rate increases in 2022, after several years of rate hikes, but there will be some pricing relief as an influx of capacity in the market brings more competition.

Loss cost trends from so-called social inflation and nuclear verdicts are also showing no signs of abating, as courts reopen out of the pandemic, while rising inflation is adding to insurer claims costs, they said.

Davis Moore, president of WSIA, and vice chairman with Amwins brokerage in Los Angeles, said the E&S market is growing and submissions are still increasing as the standard market continues to reevaluate its business and rates continue to firm across most lines.

“We continue to see markets right-size their capacity at a time when exposures are rising, which creates a little bit of a supply and demand challenge,” Mr. Moore said.

“The good news is we’re seeing new capacity enter the market to fill some of the voids that are being created when carriers reduce their capacity,” he said.

Surplus lines premium reported to U.S. surplus lines stamping and services offices totaled $24.04 billion in the first half of 2021, up 21.9% from the year-earlier period, the Kansas City, Missouri-based WSIA said in July.

“In the casualty area, rates also continue to go up because of jury verdicts. It’s a very difficult environment,” he said.

However, except in catastrophe areas, next year’s rate increases will not be “even close” to where they were last year due to the influx of capacity, he said.

Years ago, a broker could put together a large tower, be it property or casualty, with just a handful of insurers, said Joel Cavaness, president of Rolling Meadows, Illinois-based Risk Placement Services Inc., a unit of Arthur J. Gallagher & Co.

“Today you’re piecing deals together with very small limits, stacking them on top of each other, which takes a lot of time. It also puts compression on pricing where people aren’t getting paid for the capacity they’re providing,” Mr. Cavaness said.

Pricing increases will continue, but not at the levels seen over the past couple of years, he said. Single-digit rate increases for better risks are in order, with some exceptions, he said.

Rate increases have decelerated, except in cyber liability due to rising attacks and in fiduciary liability because of excessive fees claims, said Christopher J. Cavallaro, executive chairman of Jericho, New York-based wholesaler ARC Excess & Surplus LLC. To some extent, coastal property rates have accelerated, too.

“It’s a mixed bag. Not everything is going in the same direction. Rates generally on a blended basis for insurers are going up 7% to 9% risk to risk,” Mr. Cavallaro said.

For E&S property underwriters, catastrophic property losses arising not just from hurricanes but from convective storms, wildfires and freezes are hitting hard.

Property insurers are placing greater focus on limit size because “if you’re in the primary layers, you’re going to get hit by the smaller losses,” he said. Ironshore offers $5 million to $10 million in limits, sometimes higher, he said.

“There is plenty of capacity out there, it’s just at a price,” Mr. Drinkwater said.

Insurers are putting out much smaller limits. “It used to be that layers of $25 million were the norm. Now it is $10 million and oftentimes you have to build a program with layers of $5 million today in certain more difficult classes,” he said.

Casualty rates are still increasing, just not as steeply as they were in the first half of 2021 and in 2020, said Mike Brennan, CEO of CRC Group’s commercial solutions business, based in Chicago.

“We don’t see any carriers ready to come in and deploy big limits in casualty, especially on lead umbrellas; $15 million is still uncommon on specialty business, and $25 million is virtually non-existent,” he said.

Social inflation is real, and the reopening of the courts will continue to generate “significant verdicts,” Mr. Brennan said.

Excess general liability rate increases are still in the double-digit range, said Daniel Smyrl, executive vice president of underwriting at Admiral Insurance Group, a Berkley company, in Mount Laurel, New Jersey. “There’s a need for capacity and limits, so people are willing to pay for that on the excess liability side.”

Professional liability rate increases, depending on the area, are still close to double-digit, he said.

From the primary casualty standpoint, the market is still very firm, but not as firm as it was last year, said Rebecca Gitig, Los Angeles-based head of U.S. primary liability at Aspen Insurance Group.

“We’re seeing decelerating rate increases and expect it will remain firm moving forward into 2022 but just at a slower pace,” Ms. Gitig said.

It’s the same on the excess side, said William McElroy, New York-based portfolio director, casualty, at Aspen. “Our global casualty portfolio is up about 15% over last year, which is much less so than was the case in 2020. That’s an indication of how underpriced some of the business was previously,” Mr. McElroy said.

“We’ve always limited judiciously capacity grants and attachment. There is new opportunistic capital coming into the space that will bring additional capacity to the sector,” Mr. Robinson said.

The cyber market is “extraordinarily hard,” and prices are going up anywhere from 60% to 100%, Mr. Cavallaro said.

Some insurers are trying to sublimit ransomware coverage, but there are other markets that aren’t sub-limiting it. “There are ways around that,” Mr. Cavallaro said.

Cyber is the fastest-growing line of insurance, and “for many insurers they are interested in the future and want to get market share first and understand it later,” said Rotem Iram, CEO and co-founder of cyber risk specialist At-Bay.

That has made volatility in cyber even bigger, Mr. Iram said. “Ransomware has increased significantly and changing rates in 2021 makes sense,” he said.

However, to an extent there’s been an overcorrection in the market to help cover for last year’s losses. “There’s an overcorrection compared to where the risk is. Most underwriters are going to have a strong performance,” Mr. Iram said.

Every primary insurer has reinsurance and it also plays a role in dictating pricing and terms, he said.

Wed Nov 24 , 2021
(Bloomberg) — Samsung Electronics Co. outlined plans for a $17 billion U.S. semiconductor plant that will add more than 2,000 jobs, widen the South Korean giant’s foothold in Texas, and bolster its role as a vital supplier in the global manufacturing supply chain. Most Read from Bloomberg “Increasing domestic production […] 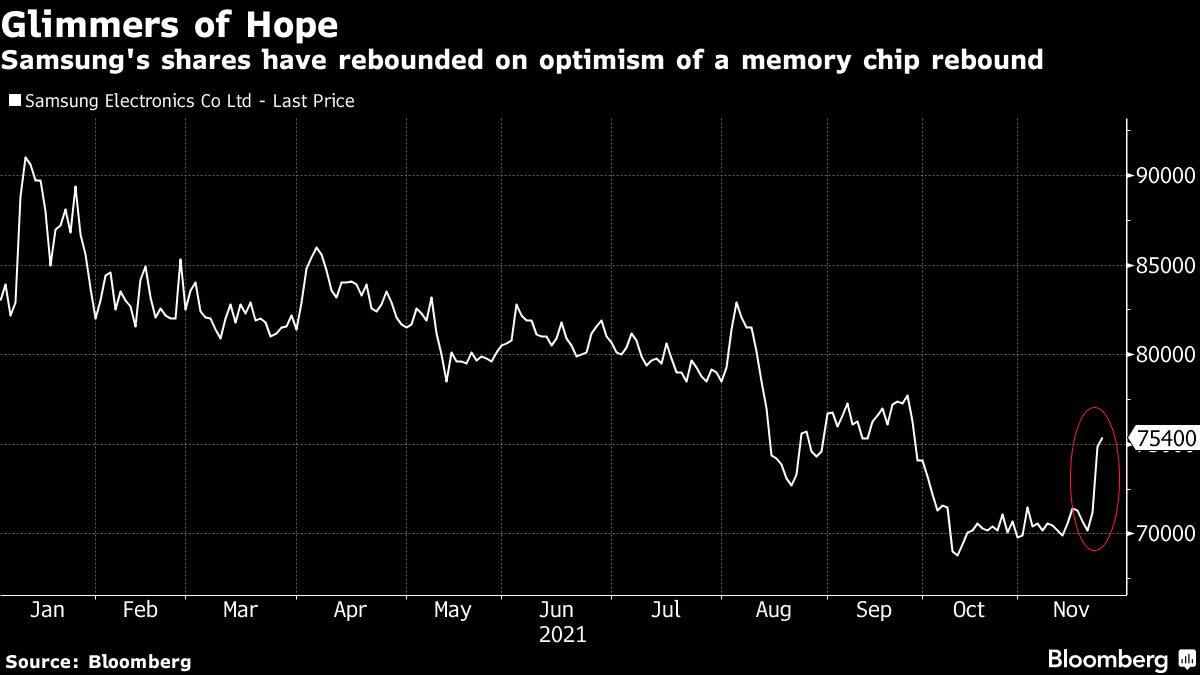