U.S. stocks slid Monday to extend last week’s losses, as investors looked ahead to more data this week on inflation and earnings to gauge the strength of the economy and corporate profits as the Federal Reserve continues to tighten monetary policy.

A combination of concerns on the geopolitical, COVID-19 and inflationary fronts have weighed heavily on risk assets in recent weeks, triggering volatility across stocks, cryptocurrencies and commodities. The CBOE Volatility Index, or VIX, jumped above 34, or well above its longer-run average of around 20.

“The path of least resistance remains lower for global equity markets to start the week. The overwhelming focus continues to be on inflation, rising interest rates, and the war in Ukraine,” Brian Price, head of investment management at Commonwealth Financial Network, wrote in an email Monday. “The combining factors of tight supply chains resulting from China’s zero COVID policy, and rising oil and food prices due to the war in Ukraine, are causing inflationary fears that are triggering a move out of risk assets. The market is void of major positive catalysts right now, so it is not surprising that we’re starting the week off under pressure.”

Investors this week are awaiting more data on the state of inflation in the U.S., which will help show how much more aggressive the Fed may need to be in order to rein in elevated price pressures. Wednesday’s Consumer Price Index (CPI) and Thursday’s Producer Price Index (PPI) for April are expected to show a deceleration in price increases, suggesting March may have been the peak in the rate of price increases across the economy.

This data will come in the wake of the Fed’s latest monetary policy decision and press conference from Federal Reserve Chair Jerome Powell, which was met with heightened volatility among risk assets. Stocks spiked and then slid, and Treasury yields marched higher following the monetary policy decision, as investors appraised whether the tools at the central bank’s disposal will be sufficient to keep inflation from becoming further entrenched while preserving economic growth.

“We knew the Fed was going to hike rates 50 basis points — it was the most telegraphed hike in the history of mankind. But the markets sold off into it. And then they finally did it and it’s like, okay, it’s done,” Eric Diton, The Wealth Alliance president and managing director, told Yahoo Finance Live on Friday. “And so you got a lot of short covering and you got a big rally.”

“That was not the real deal. The real deal was what followed … and that is that there’s a tremendous amount of uncertainty out there,” he added. “Yes, we know the Fed’s going to hike. How many times they’re going to hike? There’s a huge disparity between where rates are and where the inflation rate is. Is the Fed going to have to get up to 6% or 7%, or is inflation going to come down, they’re going to meet in the middle? That uncertainty is one of the big factors that’s driving this market to continue to come down.”

Other concerns to economic growth have also abounded recently, as Russia’s war in Ukraine and China’s renewed virus-related lockdowns stoked concerns over further persistent supply chain disruptions. Many strategists agreed that the next moves in the market would be driven by Fed’s response to inflation amid this backdrop.

“Looking forward, the path of the market will depend on the Fed’s battle against inflation,” David Kostin, Goldman Sachs chief U.S. equity strategist, wrote in a note. “In our base case, the negative impact on valuations from higher real rates will be partially offset by a narrowing yield gap. If recession risk rises, interest rates may fall but not by enough to prevent equity multiple sand share prices from falling further.”

Meanwhile, earnings season will continue this week with major names including Disney (DIS), Peloton (PTON) and Rivian Automotive (RIVN) reporting results. So far, 85% of S&P 500 components have reported actual results, according to FactSet. And as of Friday, the expected earnings growth rate for the S&P 500 was 9.1%, which, if maintained, would represent the slowest increase for the index since the fourth quarter of 2020 and fall below its average five-year growth rate of 15.0%.

West Texas intermediate crude oil prices sank on Monday amid the broader market sell-off and reports that the European Union was poised to pare back its sanctions on Russian energy imports.

U.S. crude oil futures fell more than 6% to trade just above $103 per barrel Monday afternoon. Brent crude, the international standard, was also lower by about 6% to hover below $106 per barrel.

According to a report from Bloomberg, the EU was set to drop a proposed rule that would ban EU-controlled vessels from transporting Russian oil to other countries. Such a move would ease at least one transportation-related disruption to energy markets even amid Russia’s ongoing war in Ukraine.

The energy sector was also the worst-performing sector in the S&P 500 Monday afternoon amid the drop in oil prices. Still, however, the sector has outperformed the broader market handily for the year-to-date, rising about 38% compared to the S&P 500’s 15.5% decline. And U.S. crude oil futures have still climbed by nearly 37% for the year-to-date, and by 4.8% in the past month alone.

Consumers’ expectations for inflation came down slightly in April compared to March while remaining at historically elevated levels, according to new data from the New York Federal Reserve on Monday.

The selloff across risk assets extended to cryptocurrencies, with Bitcoin prices sinking to their lowest level in nearly one year during Monday’s session.

Prices for the largest cryptocurrency by market cap dropped below $33,000, or the least since July 2021. Ethereum also sank by about 5% to trade below $2,400. The declines among some of the major tokens and alt-coins dragged down cryptocurrency-related stocks like Coinbase, which saw shares decline by 14% intraday to below $90 per share. Riot Blockchain shares sank by 15.5%, and Marathon Digital Holdings shares fell 14%.

Tue May 10 , 2022
Battle CREEK, MICH. — Gaudy growth figures throughout many snack makes assisted Kellogg Co. make far better-than-predicted financial benefits in its 1st quarter ended April 2. In addition, the company’s North American all set-to-take in cereal business enterprise appeared to be shaking off the outcomes of past year’s labor strike […] 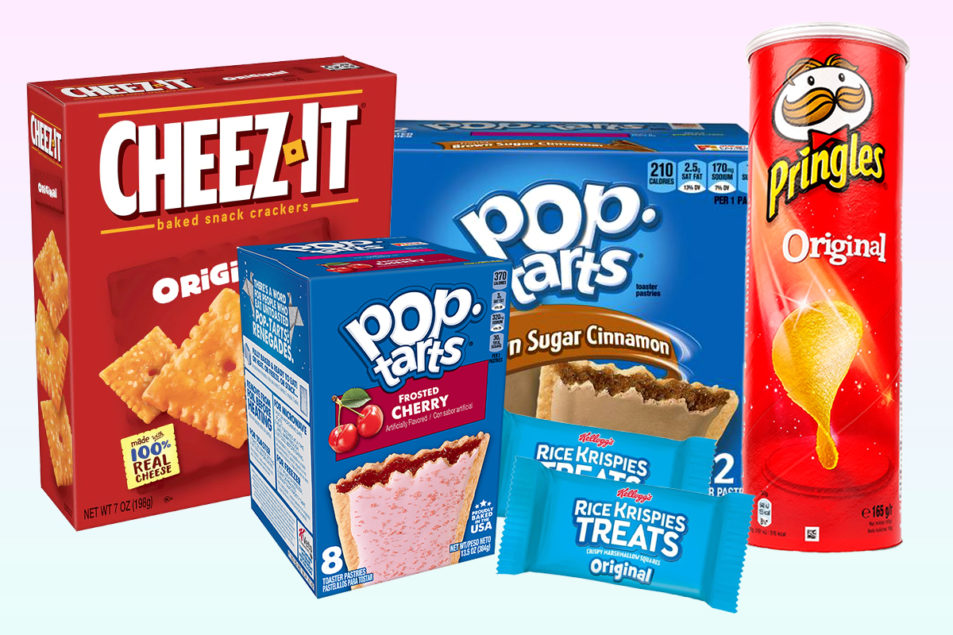