Wall Street’s main benchmarks attempted a comeback into Tuesday’s close but turned lower as investors weighed an announcement by President Joe Biden that the U.S. will ban Russian imports of oil and energy, stoking worries the move could raise gas prices further and worsen inflation.

Fears of a recession spurred by concerns over the economic consequences of Russia’s war in Ukraine have prompted investors to jettison stocks and stockpile safe-haven assets in recent days.

Meanwhile, energy prices have skyrocketed on talks Western nations will upend the use of Russian energy. The Biden administration moved forward with its ban on crude oil imports from the country Tuesday without participation of some European allies, acknowledging the countries “may not be in a position to join.” The U.K. is also expected to phase out imports of Russian oil and oil products by the end of 2022 and consider banning its natural gas.

“Surging oil prices can’t singularly trigger a recession and it would take more than sky-high energy prices for the consumer impact to become recessionary,” David Bahnsen, Chief Investment Officer of eponymoys firm, The Bahnsen Group, said in a note. “The big question now is what the plans are to replace Russian oil in American and European supply needs and then how effective an embargo may prove to be in de-escalating the military situation in Ukraine.”

Russian energy products comprise only 7.9% of total petroleum imports, including crude oil, in the U.S., but European countries rely more heavily on Russian crude oil and natural gas for energy.

“You’re going to see alternative sources of supply from countries that might not have been part of the developed economy before,” Interos Inc. CEO Jennifer Bisceglie told Yahoo Finance Live on Tuesday. “You’re seeing China, India, and Latin America stand up and say ‘we can do this too.’”

Meanwhile, Nickel trading was suspended on the London Metal Exchange (LME) after its price spiked above $100,000 per metric ton thanks to a short-squeeze on the commodity driven by supply concerns over the Russia-Ukraine war. The LME said it does not expect to restart nickel trading before March 11.

“What we’re seeing is the reminder that volatility is a feature of financial markets,” Brown Brothers Harriman chief investment strategist Scott Clemons told Yahoo Finance Live. “I would be very nervous about energy, not only because of how it’s done, but as a reminder, geopolitical unrest like this can lead to a spike in oil prices — and they can be quite scary — but they can also resolve rather quickly.”

“We’re seeing a lot of energy companies that have run away far on the upside anticipating not just elevated prices of the underlying commodity but extended elevated prices,” Clemons said. “That is certainly a possible outcome if this prolongs and disruptions continue, but oil can go right back down as quickly as it went up if there is a quicker resolution to these unrests in Ukraine than markets currently anticipate.”

The exacerbating crisis in Ukraine has raised worries a dent in global trade flows and further supply chain disruptions could push inflation even higher. The Bureau of Labor Statistics’ latest CPI print due out Thursday could show an annual jump of as much as 7.9%, according to consensus economist estimates.

The geopolitical turmoil is also expected to derail the Federal Reserve from an aggressive first bump in interest rates — investors had previously considered the likelihood of a 50 basis point rate hike — with Fed Chair Jerome Powell signaling a potential move of 0.25% at the Fed’s policy meeting on March 15 and 16 in congressional testimony last week.

“Of course, a policy mistake is possible, but we believe the Fed will manage interest rate adjustments with the economic impacts of the war in Ukraine,” Comerica Wealth Management Chief Investment Officer John Lynch said in a note. “Fed Chair Jerome Powell appears poised to tackle inflation and is prepared to take the steps necessary to support consumers from surging energy prices.”

Here’s how markets fared at the end of Tuesday’s trading session:

U.S. small business confidence dropped to the lowest in over a year in February as surging inflation forced a record number of mom- and pop-operations to raise prices and dampened their economic outlook, a survey out Tuesday reflected.

The National Federation of Independent Business reported its Small Business Optimism Index dropped 1.4 points to 95.7 last month from 97.1 in January, marking the lowest print since January 2021.

A large component of businesses – more than one quarter of respondents – said inflation was their main concern. A record 68% said they were implementing price increases of their own as a result, but higher costs on goods still failed to improve bottom-line profit in most cases.

“Inflation is a huge problem for small business,” Comerica Bank chief economist Bill Adams said in a note. “Business sentiment will likely take a leg down in March as companies react to surging energy prices and other spillover from Russia’s invasion of Ukraine.”

Here’s how the major indexes opened at the start of Tuesday’s trading session:

8:53 a.m. ET: US likely to ban imports of Russian oil without EU allies

The White House is expected to ban Russian oil imports and is working closely with European allies on the matter, Democratic U.S. Senator Chris Coons said on Tuesday in an interview with CNN. The announcement may come Tuesday or Wednesday.

After President Joe Biden held a conference call with the leaders of France, Germany and the United Kingdom Monday seeking their support for a Russian oil ban, Reuters reported the U.S. may follow through on an embargo without the participation of allies in Europe.

Russian energy products comprise only 7.9% of total petroleum imports, including crude oil, in the U.S., but European countries rely more heavily on Russian crude oil and natural gas for energy. Germany, the biggest buyer of Russian crude oil, has rejected plans to ban energy imports but is working to expand its use of alternative energy.

Nickel trading was suspended on the London Metal Exchange (LME) Tuesday after its price spiked above $100,000 per metric ton thanks to a short-squeeze on the commodity driven by supply concerns over the Russia-Ukraine war.

“Following further unprecedented overnight increases in the 3-month nickel price, the LME has made the decision to suspend trading for, at minimum, the remainder of today,” the exchange said in a statement.

“The LME, in close discussion with the Special Committee, has been monitoring the LME market and the effect of the evolving situation in Russia and Ukraine,” the LME added. “It is evident that this has affected the nickel market in particular, and given price moves in Asian hours this morning, the LME has taken this decision on orderly market grounds.”

The price of nickel, used in stainless steel and lithium-ion batteries, more than doubled Tuesday after a 70% surge on Monday as traders with large short positions scrambled to cover their positions. Russia’s position as the third largest nickel producer in the world has placed pressure on supply of the commodity.

7:35 a.m. ET: Shell to withdraw entirely from Russian oil and gas amid attack on Ukraine

Energy giant Shell said it will halt purchases of Russian crude oil immediately and suspend its service stations in the country. The company also issued an apology after buying a cargo of the commodity last week.

“We are acutely aware that our decision last week to purchase a cargo of Russian crude oil was not the right one and we are sorry,” Shell Chief Executive Officer Ben van Beurden said.

The move by the U.K.-based oil and gas conglomerate adds to a growing list of companies banning Russian crude oil and comes as U.S. officials discuss an import ban.

Last week, Shell vowed to withdraw from all Russian operations, including the flagship Sakhalin 2 LNG plant, 50% owned and operated by Russian gas group Gazprom, in which it holds a 27.5% stake. London-based oil and gas company BP has also recently abandoned its 19.75% stake in Russian oil giant Rosneft.

Here were the main moves in markets in early trading Tuesday:

Here’s where stocks were trading heading into the overnight session Monday:

Should you get travel insurance for your spring break trip?

Thu Mar 10 , 2022
Wintertime is thawing, midterms are on the horizon and beach vacation bargains are populating each other post on your social feeds. This can only mean a person thing — spring break is coming. Amid the daydreams of sun and peace, ski hills and very hot tubs, or group support trips, […] 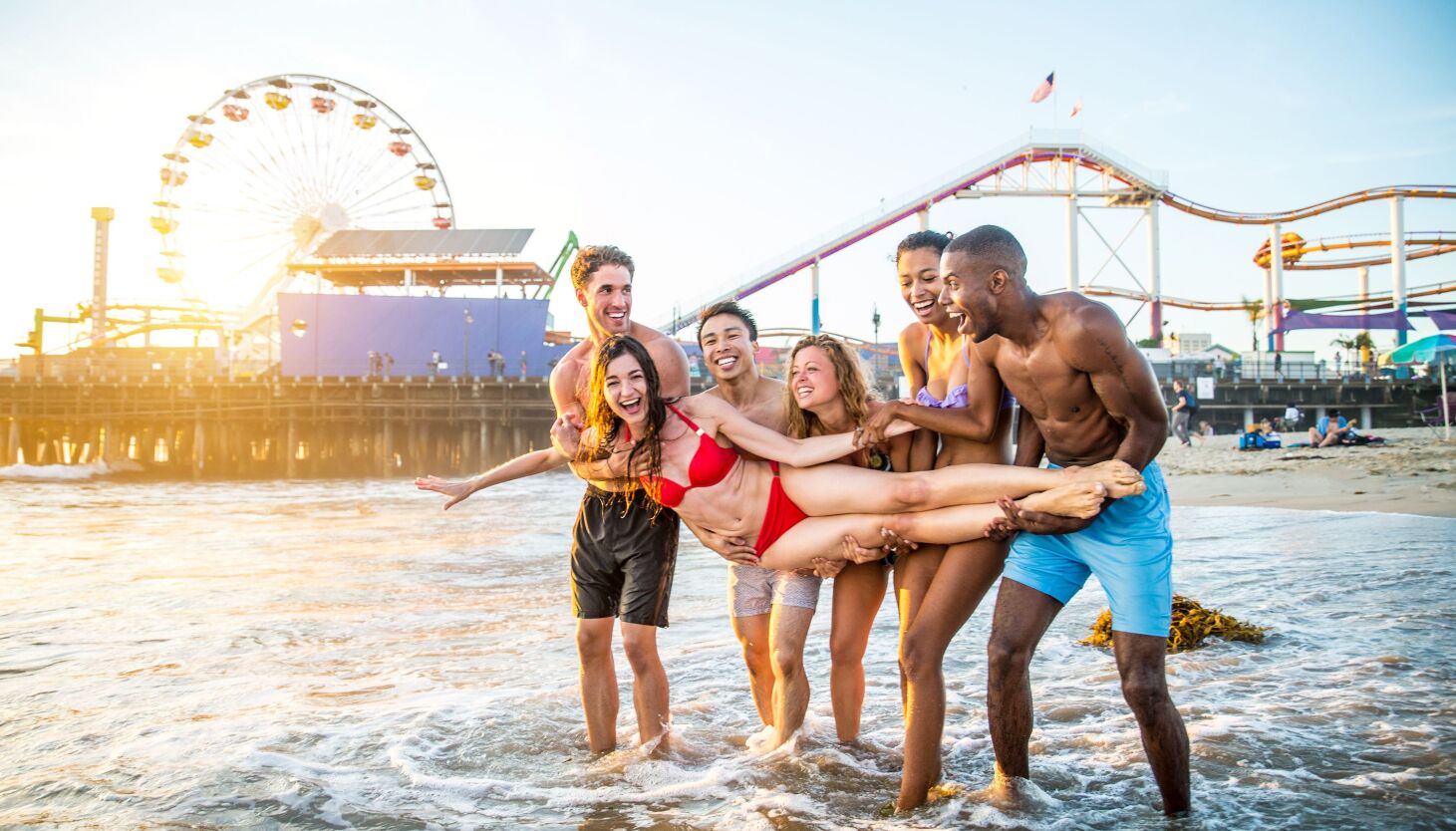