The spotlight this week for Wall Street will be on labor market data, as investors await the release of the Labor Department’s September jobs report on Friday. Several earnings results from major consumer brands are also on tap.

Traders are looking to see payroll gains accelerate in September after a shockingly disappointing August jobs report, when just 235,000 jobs came back versus the more than 700,000 expected. Consensus economists anticipate that 475,000 payrolls returned in September, and that the unemployment rate fell to 5.1%, or the lowest since March 2020.

“There is more hope for the labor market. The next few months will be important and we could see greater labor market participation as fear of the virus abates,” Bank of America U.S. economist Michelle Meyer wrote in a note on Friday.

Meyer also flagged recent comments from Federal Reserve Governor Lael Brainard, who addressed some of the ongoing labor scarcities and issues in bringing individuals back into the workforce.

“The decline in labor force participation appears to reflect COVID-related constraints that have been prolonged by Delta rather than permanent structural changes in the economy,” Brainard said in public remarks in Arlington, Va., last week.

But these virus-related risks still remain a point of concern for the labor market’s recovery, and for the September jobs report in particular. And the U.S. economy has still lost a net total of over 5 million payrolls since March 2020, underscoring the deficit still left to recoup on employment.

“To the downside, we see risk of public payrolls contracting modestly in September as education payrolls could recede modestly due to school closures amid the Delta wave and negative payback from strong hiring over the summer,” Meyer said. “Consequently, we think private payrolls growth will be marginally stronger than non-farm payrolls growth. All told, the data flow suggests another soft month of employment activity but a slightly faster pace of job gains compared to August.”

Importantly, the September jobs report will be a key factor in informing the Federal Reserve’s timing on formally announcing and beginning tapering of its pandemic-era asset purchase program. The central bank signaled last month that it believed the economy was on its way to being able to stand on its own without the extraordinary levels of monetary policy support seen over the course of the year and a half.

And indeed, Fed officials have said the economy has already met the central bank’s targeted threshold for inflation, and that only more progress on the labor market’s recovery was needed to be enough to trigger the start of tapering.

“It wouldn’t take a knockout, great, super strong employment report,” Federal Reserve Chair Jerome Powell said during his latest post-FOMC meeting press conference in September. “It would take a reasonably good employment report for me to feel like that test is met.”

A number of companies are set to report quarterly results throughout the week, offering a first look at how corporate profits have held up in the third-quarter before a bigger wave of firms report results in the coming weeks.

The names reporting this week will center on major consumer brands including PepsiCo (PEP), Constellation Brands (STZ) and Levi Strauss (LEVI). One of the key themes from these reports and earnings calls will be on commentary around inflation, labor and supply chain challenges, given rising prices and materials shortages already seen across various pockets of the economy.

Results last week from companies including Bed Bath & Beyond (BBBY), for instance, already served as a harbinger of the myriad supply-side issues facing the retail industry. The company posted an unexpected drop in same-store sales for its quarter ending in late August, whereas Wall Street had projected same-store sales growth. The drop came both as a result of consumer skittishness over shopping in-person during the Delta variant’s spread, and as supply pressures weighed on growth.

When asked during the company earnings call whether these challenges might abate over the balance of the year, Bed Bath & Beyond CEO Mark Tritton said the company was “not expecting supply chain pressures to ease.”

“We operated under unprecedented supply chain conditions that have continued to increasingly tighten global trade since last year,” Tritton said.

Companies in other industries have highlighted similar concerns. Micron (MU), the biggest domestic memory chipmaker, said in a letter to customers that it was still experiencing cost increases for materials and services and did “not expect that pressure to ease in the foreseeable future,” according to a report from Bloomberg last week. And earlier in September, FedEx (FDX) posted a sharp miss on quarterly profits as supply chain pressures and rising labor costs pressured margins for the shipping giant.

Mon Oct 4 , 2021
The author of bestselling Loaded Dad Very poor Dad predicts that a “giant” marketplace crash coming in Oct has previously been induced and will carry down gold, silver and Bitcoin with it. Personal finance specialist Robert Kiyosaki warned the crash is coming regardless of irrespective of whether the US credit […] 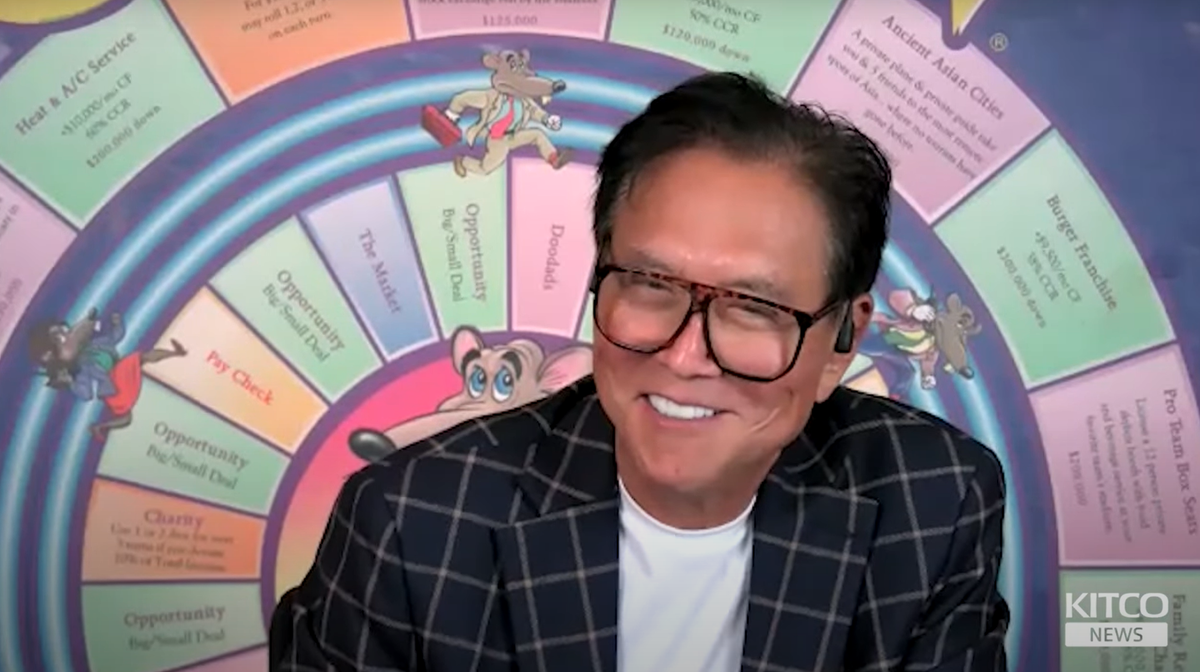