Today’s newsletter is by Myles Udland, senior markets editor at Yahoo Finance. Follow him on Twitter @MylesUdland and on LinkedIn. Read this and more market news on the go with Yahoo Finance App.

The most challenging year for investors since the financial crisis will mercifully come to an end on Friday.

All manner of superlatives can capture the damage done to portfolios the world over, but we think two charts from LPL Research circulated earlier this week show why no one had it harder than mom and pop in 2022.

And the biggest challenge for the average saver came in two forms from one place: the bond market.

The bond market hasn’t had a year this bad in two generations.

And it’s not even close.

As investors well know by now, the dominant market story this year was the Federal Reserve’s historic increase in interest rates.

And the move in 2-year yields, which tend to be more sensitive to the path of Fed rate hikes, was even more dramatic, rising from around 0.75% at the beginning of the year to 4.3% as of this week.

Which raises another challenge for investors and the economy heading into 2023: the inversion of the yield curve. Ahead of each of the last 8 recessions in the U.S. the yield on the 2-year Treasury note has eclipsed the yield on the 10-year.

Today, the 2-year yield is about 0.5% above the 10-year, signaling trouble for the economy in 2023. But recession risks and whether the bond market will ultimately be “right” about the economy’s path is a topic that will get plenty of run in 2023.

Because whether the economy turns south or not, the damage has already been done to average portfolios in 2022.

With bonds suffering their worst year on record, it follows that the classic “60/40 portfolio” comprised of 60% stocks and 40% would also struggle.

Eclipsed only by 2008’s losses — a year in which the S&P 500 fell 38%, which makes this year’s 20% decline feel quaint — the decline suffered by 60/40 portfolios will hit average investors hard because of the predominance of this strategy as relatively safe way to earn a modest return.

Moreover, 2008’s decline was more than entirely driven by the drop in stocks — in 2008, the Bloomberg Agg actually rose 5.2%. Bonds, in other words, did offer some support against a plunge in stocks. In 2022, the story has been anything but.

Aliaga-Díaz’s work showed that since 1976, investors have never seen a three-year rolling period in which stocks and bonds lost money. Over that period, only 6.5% of the time has any trailing three-year period for 60/40 portfolios shown negative returns.

As ever, time in the market outweighs efforts to time the market.

But a one-year drop over 16% in one of the most widely-used ways average investors organize their portfolios is hardly overcome by assurances that market history is on their side.

With thousands of Americans retiring every day, many will find their financial standing notably degraded relative to the optimism put forth by market returns in 2019, 2020, and 2021.

What to Watch Today

Click here for the latest stock market news and in-depth analysis, including events that move stocks

Sun Jan 1 , 2023
&#13 MLO Work opportunities Reverse Property finance loan Product Customer Finance Security Bureau on ARMS and HELOCs &#13 My cat Myrtle (she/her/hers) does not have a lot of economical savvy, and to the very best of my know-how has no 401(k). In a different reminder not to place all of […] 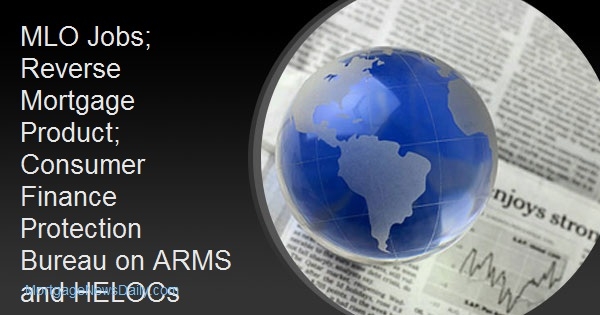