Wall Street’s main indexes crawled higher to close in the green for a third straight day following a historically volatile January as investors continue to price in tighter monetary policy and weigh a lineup of big-name earnings reports.

The Dow Jones Industrial Average capped the day up 273 points, or 0.77%, while the Nasdaq Composite also edged 106 points, or 0.75% higher. The S&P 500 made its way into positive territory, closing the day just above breakeven, up 0.69%. The blue-chip index posted a negative return of 5.26% for the first month of the year — its biggest monthly drop since March 2020 and weakest January since 2009 — while the Nasdaq narrowly avoided its worst-performing January on record after a loss of 8.98% for the month.

“This is not the time when you want to make rash decisions or change your long-term investment philosophy,” Fitz-Gerald Group CIO Keith Fitz-Gerald told Yahoo Finance Live. “This is when you focus on finding companies that are winning, are profitable, or have have great products we can’t live without.”

Anxiety around how quickly and significantly the Federal Reserve will lift interest rates has caused the turbulence in equities last month as investors dump high-valued, growth assets poised for vulnerability in an environment of higher borrowing costs.

“We are encouraged by the big reversal in stocks last week and we think stocks are in the process of forming a meaningful bottom,” LPL Financial chief market strategist Ryan Detrick said in a note. “But the truth is, this year is going to be much more volatile than last year and investors had better buckle up their seat belts if the first month is any indication.”

Markets are bracing for a bump of at least 25 basis points next month after Fed Chair Jerome Powell implied last week that a liftoff on interest rates to above their current near-zero levels was likely to come in March as policymakers look to tighten financial conditions amid a backdrop of surging inflation.

“Investors are watching the Fed,” Thornburg Investment Management co-head of investments Jeff Klingelhofer told Yahoo Finance Live. “We are absolutely in a period of heightened volatility, and we think it’s here to stay for some time.”

Despite a turbulent month, history suggests buying stocks after major plunges has paid off. According to new research from Goldman Sachs (GS) strategist David Kostin, a look at data since 1950 showed an investor buying the S&P 500 (^GSPC) 10% below its high, regardless of whether it was the trough, would have netted a median return of 15% over the next 12 months.

“There are two parts to the ‘buy-the-dip’ phrase: Buy the dips and sell the rips,” said Interactive Brokers chief strategist Steve Sosnick on Yahoo Finance Live. “I think this is an environment you are going to get the opportunity to do both.”

Monday commenced a prolific week for this earnings season, with more than 100 companies in the S&P 500 set to report fourth quarter results through Friday. Alphabet (GOOG, GOOGL) unveiled figures after the bell on Tuesday, with results from Amazon (AMZN) and Facebook, now Meta Platforms (FB), due out later this week.

U.S. manufacturing activity fell to a 14-month low in January amid a surge of COVID-19 infections in the latest Omicron-driven virus wave, according to one closely-watched measure. The slowdown supported views that economic growth lost traction at the start of the year.

The Institute for Supply Management’s (ISM) latest read on its index of national factory activity dropped to a print of 57.6 last month, the lowest since November 2020. December saw a print of 58.8.

Consensus economist estimates compiled by Bloomberg predicted a read of 57.5. Readings above 50 indicate expansion in manufacturing, which accounts for 11.9% of the U.S. economy.

The number of job openings and quits each held at historically elevated levels in December, with worker leverage remaining high as labor demand persisted.

The Labor Department’s latest Job Openings and Labor Turnover Summary (JOLTS) showed that vacancies across the U.S. totaled 10.925 million at the end of 2021, compared to 10.775 million openings in November. Consensus economists had anticipated December vacancies would come in at 10.3 million, according to Bloomberg data.

The latest report represented a seventh straight month that job openings held above the 10 million level, underscoring the ongoing tightness in the labor market as employers struggle to find enough workers to fill positions. Vacancies had set an all-time high of nearly 11.1 million in July, and trended only slightly lower since then. Before the pandemic, job openings had averaged around 7 million per month throughout 2019.

The gaming retailer also beat forecasts on fourth quarter results. Preliminary revenue came in at $1.17 billion, more than the $1.09 billion estimated by the Street, according to Bloomberg data. Preliminary adjusted Ebitda was $146.8 million to $151.8 million, compared to $82.4 million foreseen in Bloomberg consensus estimates.

“We finished the year with the strongest quarter in two years. The fourth quarter of 2021 marks a meaningful milestone with positive Ebitda of more than $145 million, positive operating cash generated of more than $215 million, and a record year-ending liquidity position of $1.8 billion,” Gamestop CEO Adam Aron said.

Here were the main moves on Wall Street as morning trading kicked off:

Telecomm giant AT&T Inc (T) announced it will spin off subsidiary WarnerMedia in a transaction to merge its media properties with Discovery Inc. (DISCA) valued at $43 billion. The company is also expected to cut its dividend by nearly half as part of the deal.

AT&T shareholders will own 71% of the new, resulting company and receive 0.24 shares of Warner Bros. Discovery for each AT&T share they own. The telecommunications group will have 7.2 billion diluted shares outstanding after the transaction closes. The company will distribute shares of the new Warner Bros. Discovery as a dividend of $1.11 per share, down from $2.08 per share, the lower end of a $8 billion to $9 billion range AT&T had projected earlier.

Here’s how the main benchmarks fared ahead of Tuesday’s open:

Here were the main moves in markets heading into overnight trading:

Wed Feb 2 , 2022
OAKLAND, CALIF. — Functional soda model Olipop raised $30 million in a Series B funding round at a $200 million valuation. Launched in 2018 by beverage business people Ben Goodwin and David Lester, Olipop is on a mission to disrupt the soda marketplace with its gut-helpful formulation and nostalgic flavors. Each […] 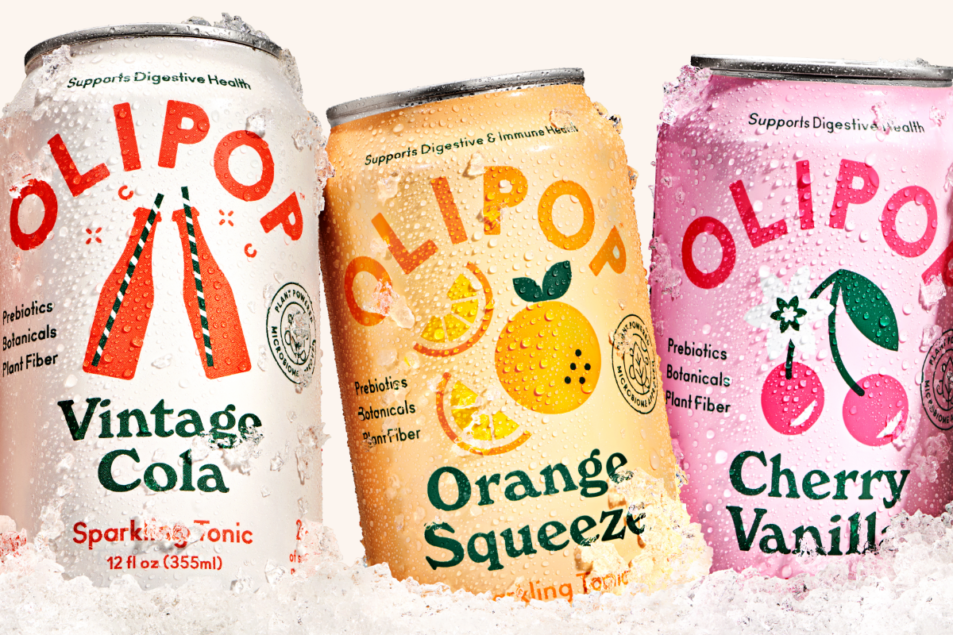