A round-up of openings, closings, and other news about West Hartford businesses.

I hope everyone survived the weekend storm, and that the snow-lovers weren’t too disappointed with the final accumulation in West Hartford. It was hard to measure with all of the drifting, but I think we got about 6 inches – nothing compared to the 20-plus inches in the southeastern part of the state and the Boston and Cape Cod area.

Millie loves playing in the snow, and with all that fur she didn’t care how cold and windy it was on Saturday.

I’m not sad about today being the last day of January, and while February always seems way longer than 28 days, I’m personally glad to be entering the last full month of winter.

We are very lucky to live about a quarter of a mile from Rockledge Golf Course, and Ted lured me away from work to head up there for some cross country skiing on Sunday afternoon. The golf course really is beautiful all year round, and it was a great way to get some exercise and (eventually) I was nice and warm, too.

Maybe the the gray skies and cold temperatures are getting to people, but I feel like the comments on social media have gotten extra nasty these days. I wrote a story last Monday, that I then shared on Facebook the following morning, about a couple that recently moved to West Hartford from Los Angeles. He is a film producer and she owns a public relations business, and the point of the story was that when the pandemic hit and they realized they didn’t need to be in Hollywood to do their jobs, they essentially picked West Hartford as their new hometown after first noticing the town’s many accolades that appear when you Google best places to live, to raise a family, best schools, etc. And after moving here, virtually everything about West Hartford has been exceeding their expectations – although if I were them I would maybe question that a bit after reading some of the Facebook comments.

To those who wondered why I would write a story like this, please note that not every story on the We-Ha.com site is “hard news”; we probably have an equal number of feature stories included in the mix of content on the site. And the story would have been equally intriguing to me had someone decided to move here from Alaska, or Chicago, or Omaha, or Miami, or anywhere else – learning during the pandemic that their job(s) can be done from anywhere, and believing that West Hartford would be a great and welcoming place to raise their family. Some members of our community aren’t sounding too welcoming to our new residents, and that’s really quite sad.

I know people often comment without reading all (or any) of a story, but I do hope you will not just read the headline and assume you understand the entire story – which brings me to my next point.

There are also quite a few ugly comments on Facebook posts about the stories about new construction planned for town. Of course not everyone is going to support the projects, but please think about the big picture and about why the decisions are being made. These developers are part of the community as well, and many are even town residents. Real estate development is their business, their livelihood. They’re not some international conglomerates planning to swallow up West Hartford’s existing buildings and with it the town’s charm and history. Development, and redevelopment, are the only ways for the town to continue to thrive as a community, and the economic reality is that if there wasn’t demand for multifamily housing, developers wouldn’t even be considering it – and certainly wouldn’t be able to get the financing. If people want to live in West Hartford, and the demand does exist, then greater supply is going to keep rental costs down. According to an analysis by CoStar, published just two weeks ago, the multifamily vacancy rate in West Hartford is just 3%, the lowest it’s been in at least a dozen years. According to Economic Development Coordinator Kristen Gorski, a vacancy rate of 5% or less indicates a strong market with solid demand.

We are upgrading our server as of today. If you’ve occasionally gotten error messages, particularly on high-traffic days, this should take care of it. Due to the impending updates, a few stories that would have been included in today’s newsletter have been slightly delayed and we thank you for your patience.

On to some much lighter subjects … we saw “Five Guys Named Moe” at Playhouse on Park, and I highly recommend it! Great singing, great dancing, and plenty of interaction with the audience. (Details about the show can be found here.)

In deference to the cold and snowy weather, our Saturday night dinner was homemade turkey chili this week.

But we did grab some great pizza and Caesar salad at Zephyr’s Sunday night – a craving I developed after interviewing owner Dante Cistulli (see bullet point below) earlier in the day!

A universal indoor mask mandate remains in place in West Hartford. (Click here for the details.) Please comply, and please don’t give our business owners and their staff a hard time about it. Really. Please continue to look out for each other, support our local businesses – and stay safe and healthy.

If you have information to share about local businesses, please provide details in the comments or email Ronni Newton at [email protected]

Remember, if you have any business news to share, add it in the comments section below or email Ronni Newton at [email protected]

Like what you see here? Click here to subscribe to We-Ha’s newsletter so you’ll always be in the know about what’s happening in West Hartford! Click the blue button below to become a supporter of We-Ha.com and our efforts to continue producing quality journalism.

Mon Jan 31 , 2022
In today’s get the job done lifestyle, company leaders are heading to have to occur to terms with the fact that quite a few Americans are pursuing other ventures outdoors of their 9-to-5s. A whopping reportedly have a facet hustle these times, and it is tricky to blame them. A […] 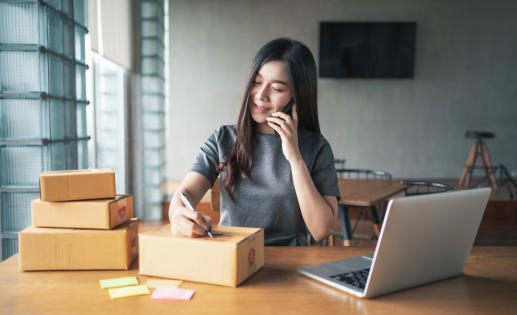