WASHINGTON — Lawmakers of both parties came out swinging in a hearing on Wednesday with Adam Mosseri, the head of Instagram, expressing deep skepticism and anger toward the company for not doing enough to protect young users.

In a hearing held by a Senate subcommittee on consumer protection, lawmakers grilled Mr. Mosseri on internal research leaked by a whistle-blower that showed Instagram had a toxic effect on some teenagers. They pressed him to commit to share data with researchers on algorithmic ranking systems and to support legislation for stronger privacy and security protections for children online.

Even Instagram’s announcements this week on new safety tools for children were too little and too late, they said.

“Facebook’s own researchers have been warning management, including yourself, Mr. Mosseri, for years,” said Senator Richard Blumenthal, Democrat of Connecticut and chairman of the subcommittee. “Parents are asking, what is Congress doing to protect our kids and the resounding bipartisan message from this committee is that legislation is coming. We can’t rely on self-policing.”

The hearing is part of a growing effort in Washington to rein in the power of Silicon Valley’s biggest companies. Antitrust regulators are seeking to break up Google and Meta, the parent company of Facebook and Instagram, and lawmakers have introduced dozens of data privacy, speech and competition bills.

Calls for legislative changes have intensified in recent weeks, after a whistle-blower at Facebook leaked internal research that said Instagram led one out of three teenagers to feel worse about their body image and for as many as 16 percent of some teenagers in Britain to have thoughts of suicide. The documents obtained by the whistle-blower, Frances Haugen, often contradicted public statements made by Meta officials, who have long underplayed or rebutted criticism that Instagram harms the mental and emotional well-being of younger users.

Mr. Mosseri, 38, was appearing before Congress for the first time. He is a longtime executive at Facebook and is considered a close lieutenant of the company’s chief executive, Mark Zuckerberg. He joined the company in 2008 as a designer and gradually rose in the ranks to run the News Feed, a central feature of the Facebook app. In October 2018, he was named head of Instagram, weeks after the sudden resignations of the app’s founders, Kevin Systrom and Mike Krieger.

He told lawmakers that Instagram often had a positive role in the lives of teenagers, such as by helping them establish connections during difficult times. He tried to direct attention at rivals, noting that more teenagers use TikTok and YouTube. He also acknowledged the skepticism among members of Congress toward Meta.

“I recognize that many in this room have deep reservations about our company,” Mr. Mosseri said. “But I want to assure you that we do have the same goal. We all want teens to be safe online.”

On Tuesday, Instagram announced new safety features for children. Mr. Mosseri mentioned those changes in the hearing, which include tools like a “take a break” function that is meant to help limit time spent online. (TikTok has a similar function that appears when users are spending too much time on the app.)

But Senator Marsha Blackburn of Tennessee, the ranking Republican member of the subcommittee, said even the basic promises of privacy and security from the company had failed users.

This week, her staff set up an experimental account for a fictional 15-year-old and were surprised to find the profile automatically set to public exposure. Instagram says teenage accounts automatically default to the private setting.

Mr. Mosseri acknowledged the error and said Ms. Blackburn’s office exposed a flaw in Instagram’s controls that sets teenage accounts that were created on a web browser — and not on a mobile app — to public. “We will correct that,” Mr. Mosseri said.

Mr. Blumenthal’s office has received hundreds of calls and emails from parents about their negative experiences with Instagram, he has said. One parent recounted how her daughter’s interest in fitness on Instagram led the app to recommend accounts on extreme dieting, eating disorders and self-harm.

Mr. Blumenthal has homed in on the algorithms, which he called “800-pound gorillas in black boxes,” that push such recommendations.

Lawmakers, including Mr. Blumenthal and Ms. Blackburn, have proposed stronger data privacy rules aimed at protecting children and greater enforcement of age restrictions. They have also called for young users to be able to delete information online. Lawmakers have pursued similar legislation before, with little success. Though lawmakers often show bipartisan unity in the hearings, dozens of data privacy bills have been stymied by intense industry lobbying and partisan disagreement over how stringent laws should be.

Senator John Thune, a Republican of South Dakota, has introduced a bill that would force companies to reveal more about their algorithmic ranking system. He asked if Instagram would allow users to rank their content chronologically, instead of through opaque decisions based purely on engagement.

Mr. Mosseri said the company was working on the feature, which could be available next year.

Though Mr. Mosseri repeated his support for regulations, he demurred when asked about specific proposals. He said he hadn’t read a bill introduced by Mr. Blumenthal and other lawmakers that could hold Meta liable for hosting harmful content. He wouldn’t commit to give up completely on the idea of building a version of the Instagram app for users under the age of 13. And he didn’t directly answer questions as to whether victims should be able to sue Meta for hosting sex-trafficking content.

Leaders of the subcommittee said they would hold additional hearings, which may include more executives of Meta. Mr. Blumenthal said Mr. Mosseri’s vague commitment for “directional” support on laws “doesn’t cut it.”

“This industry has said it is in favor of government regulation but they have opposed specific measures with armies of lawyers and lobbyists and tons of money,” Mr. Blumenthal said.

Mon Dec 13 , 2021
(Evening Standard) Michelin-starred chef Marcus Wareing said there have never been more jobs available in the restaurant industry as he backed our Christmas appeal to help upskill unemployed youngsters to get them into the workplace. The Masterchef judge said the large number of vacancies in hospitality offered opportunities, but “the […] 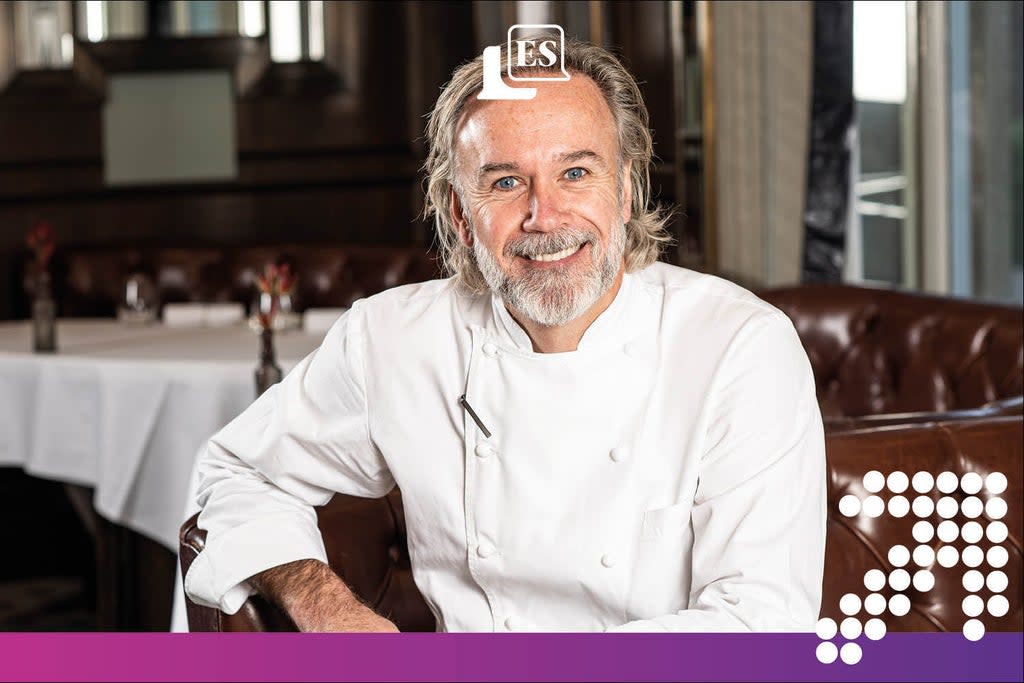